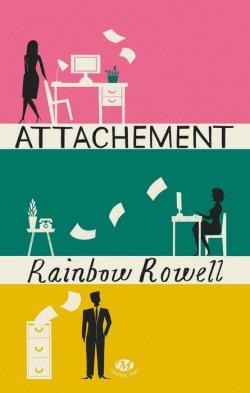 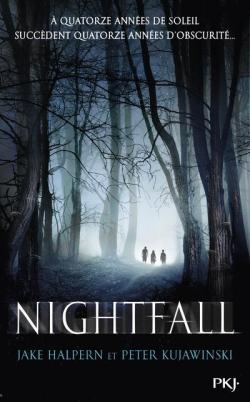 Résumé: « Eleanor is the new girl in town, and she’s never felt more alone. All mismatched clothes, mad red hair and chaotic home life, she couldn’t stick out more if she tried. Then she takes the seat on the bus next to Park. Quiet, careful and – in Eleanor’s eyes – impossibly cool, Park’s worked out that flying under the radar is the best way to get by. Slowly, steadily, through late-night conversations and an ever-growing stack of mix tapes, Eleanor and Park fall in love. They fall in love the way you do the first time, when you’re 16, and you have nothing and everything to lose. »

Résumé: « « Hi, I’m the guy who reads your e-mail, and also, I love you… » Beth Fremont and Jennifer Scribner-Snyder know that somebody is monitoring their work e-mail. (Everybody in the newsroom knows. It’s company policy.) But they can’t quite bring themselves to take it seriously. They go on sending each other endless and endlessly hilarious e-mails, discussing every aspect of their personal lives. Meanwhile, Lincoln O’Neill can’t believe this is his job now- reading other people’s e-mail. When he applied to be « internet security officer, » he pictured himself building firewalls and crushing hackers- not writing up a report every time a sports reporter forwards a dirty joke. When Lincoln comes across Beth’s and Jennifer’s messages, he knows he should turn them in. But he can’t help being entertained-and captivated-by their stories. By the time Lincoln realizes he’s falling for Beth, it’s way too late to introduce himself. What would he say . . . ? »

Résumé: « When geek girl Elle Wittimer sees a cosplay contest sponsored by the producers of Starfield, she has to enter. First prize is an invitation to the ExcelsiCon Cosplay Ball and a meet-and-greet with the actor slated to play Federation Prince Carmindor in the reboot. Elle’s been scraping together tips from her gig at the Magic Pumpkin food truck behind her stepmother’s back, and winning this contest could be her ticket out once and for all—not to mention a fangirl’s dream come true. Teen actor Darien Freeman is less than thrilled about this year’s ExcelsiCon. He used to live for conventions, but now they’re nothing but jaw-aching photo sessions and awkward meet-and-greets. Playing Federation Prince Carmindor is all he’s ever wanted, but the diehard Starfield fandom has already dismissed him as just another heartthrob. As ExcelsiCon draws near, closet nerd Darien feels more and more like a fake—until he meets a girl who shows him otherwise. »

Résumé: « After fourteen years of Day, comes fourteen years of Night. Don’t get left behind. On Marin’s island, sunrise doesn’t come every twenty-four hours – it comes every twenty-eight years. Now the sun is just a sliver of light on the horizon. The weather is turning cold. The shadows are growing long. The dark is rising. And soon it will be Night. The eerie Evening sunset is causing the tide to begin its slow roll out hundreds of miles, and so Marin, along with her twin brother Kana and the rest of the islanders, must frantically begin preparations to sail south, where they will wait out the long Night. But first the house must be made ready for their departure. Locks must be taken off doors. Furniture must be arranged just so. Tables must be set as if for dinner. The rituals are bizarre – unnerving, even – but none of the adults will discuss why things must be this way. And then just as the ships are about to sail, the twins’ friend Line goes missing. Marin and Kana know where he has gone, and that the only way to rescue him is to do it themselves. And surely the ships will wait? Because Night is falling. Their island is changing. And something is stirring in the dark. »

French isn’t your language? Translate it!